ECHO Greenfield launched in July 2021 with a series of 10 sessions, some focusing on essential skills of historical research, some addressing important content, and some focusing on varieties of ways we can creatively express our historical knowledge.

Taken together, they provide a framework for exploring ECHO’s organizing principles:

Beyond the initial 10 sessions, ECHO has hosted several talks that further enrich our knowledge of the history of the Greenfield area.

The Developing Story: Tracking Local Events and Personalities
Philippe Simon, local filmmaker and Production Coordinator at GCTV shares videos of three stories and subjects that he has documented to see how they developed over time: “An Inmate’s Story of Running in Jail,” “Bringing Modern Veterans’ Services to Greenfield and the Entire Upper Valley,” and “Black Lives Matter! From Street Protest to Mass March”

A Return to Vibrancy on Miles Street: From Greenfield’s Train Station to the Greenfield Energy Park
Sandy Thomas, Park Director from 1997-2010, discusses how this section of town was first transformed as the town graveyard, then was renovated to become an active train station at the crossroads of N-S and E-W rail traffic for 80 years. When train service stopped in 1960’s, it became a blighted area for 40 years and, in accordance with a Master Plan, was revived as a community park focused on renewable energy and native plants with a performance stage.

The Road to Freedom: Greenfield and the Underground Railroad
Joan Featherman offers an opportunity to revisit the history of Greenfield’s involvement in the Underground Railroad and other anti-slavery activity during the 1800s. She will describe a year-long, community-wide project inspired by the belief that Greenfield’s history as a diverse and socially just community is a story that must be told. This project, funded primarily by a grant from the Massachusetts Foundation for the Humanities in 2007, pulled from the full range of humanities disciplines to engage a wide range of local residents in the local history and tradition of anti-slavery activism and the continued struggle for “liberty and justice for all” in our city and beyond.

ECHO Greenfield (Exploring and Creating History Ourselves) will provide support, resources, and space for people of all ages to be curious about the histories that surround us, both known and forgotten, and the histories that live within us. There will be hands-on activities, discussions, and support for expressing learning creatively at The LAVA Center as well as resources on this website. [Learn More] 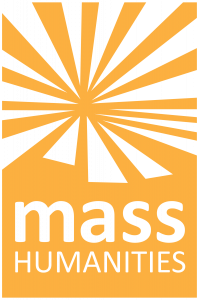